Faith OBILOR: Continue to «Taraz»? Why not?

Nigerian legionnaire of FC «Taraz» Faith Obilor was named the best team player of the 2021 season according to the Zhambyl magazine «Sports Economic Review». 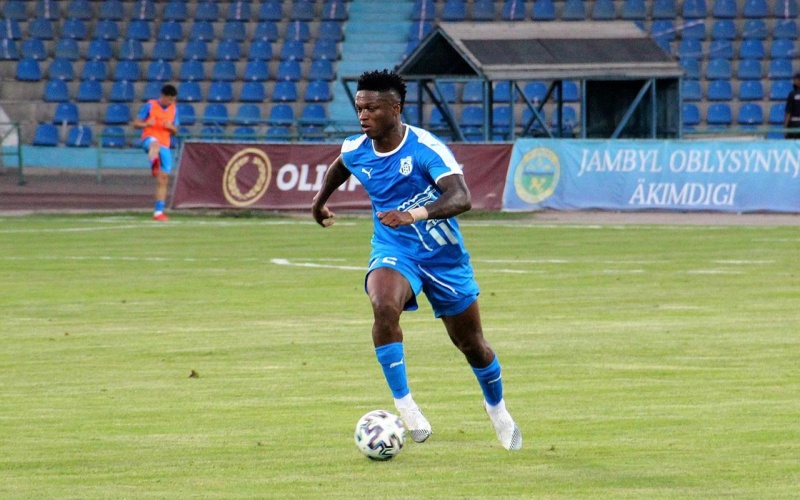 — Faith, let me congratulate you on being recognized as the best player in the team according to the sports publication.

— Thank you, I am very glad of this fact and express my gratitude to those who believed in me. At the same time, I believe that several players set the tone in our team’s game.

— Tell us about the time spent in Taraz.

— I had a very good time in Taraz, I liked the people around and the fans who created a great atmosphere.

— Did everything suit you in the club?

— In general, everything was good. “Taraz” as a club improved its performance, because at the beginning of the last season we proved that a modest club can be at the top of the standings.

— Some insiders on the Internet say that you left Taraz because of wage arrears and lies of the club’s management? What are the real reasons for your departure?

— I flew to my family in Nigeria, because my contract with Taraz was signed for only one year. The club management openly communicated with us every time, as in «every family», there were some misunderstandings. But these are little things that remain inside the club. Nobody is lying, we have a clear agreement signed by the parties.

— The contract in «Taraz» has ended. Where are you going to pursue a career and what offers are coming in?

— Honestly, now I would like to rest a little. But in the near future we will analyze all the proposals and choose the best one.

— Is there an option to continue your career in “Taraz”?

— Why not? Maybe I will soon return to Kazakhstan if the club’s management comes up with a good proposal for me.