A bright future for the world of work

A revolution in global work patterns confronts the world with complex challenges but the threat of upheaval can be turned into an opportunity with the right policy responses, according to a new study from the European Bank for Reconstruction and Development (EBRD).

The EBRD’s Transition Report 2018-19: Work in Transition argues that despite the risks from demographic change, fast-moving technological development and migration, the transformations now underway will be for the good.

“While the transformation of work will pose major challenges for policymakers, our overall message is optimistic,” says EBRD Chief Economist 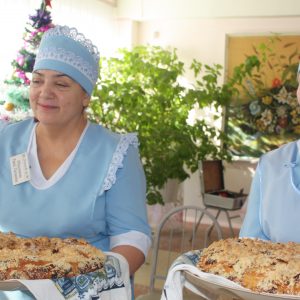 Sergei Guriev in his foreword to the Transition Report. “Changing work patterns”, Professor Guriev adds, “can all result in tangible aggregate benefits. Moreover, a fair distribution of those benefits is eminently feasible. The future of work will itself entail plenty of work, but that future can and should be a bright one.”

The new study analyses the upheaval in global work patterns and their effect on the countries where the EBRD works to promote efficient and sustainable market economies.

Major demographic shifts are affecting the supply of labour, leaving many countries in the EBRD regions dealing either with ageing or very young populations. Technological advances doing away with medium-skilled work are polarising the job market into high- and low-skilled sectors, a challenge in regions that have experienced deindustrialisation and that face relatively high levels of emigration by skilled workers. More broadly, rising levels of migration accompany geographical shifts in the location of jobs and workers, both internationally and inside individual countries.

In its assessment of how the world of work is changing, the Transition Report identifies ways to mitigate the impact of demographic shifts, skills changes and migration trends. 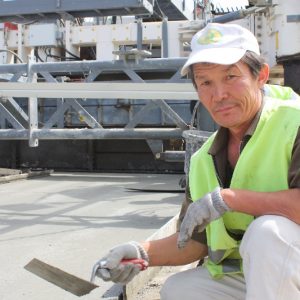 On demographic change, the report identifies priorities both for “young” economies (such as Azerbaijan, Turkey and the economies of the southern and eastern Mediterranean region and Central Asia) and for the economies of emerging Europe, where the population is ageing.

For “young” economies, these include “boosting the amount of physical capital per worker, improving human capital and raising labour force participation among women. Improvements to the business climate and stronger macroeconomic policy frameworks can help these economies to leverage the pool of global savings in order to fund investment in machinery, equipment and education,” says the report.

For economies with ageing populations, it recommends pension reforms raising the statutory retirement age and encouraging longer participation in the workforce, as well as improvements in healthcare, working conditions and lifelong learning opportunities.

As automation is affecting an increasing number of jobs globally, the report identifies outdated education systems as an obstacle to workers upskilling. In the EBRD regions, the percentage of the population who are considered to have good ICT skills ra 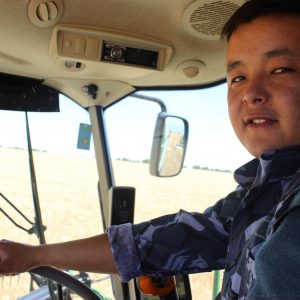 nges from 33 per cent in Estonia to just 10 per cent in Turkey. Moreover, in many countries where the EBRD invests, skills shortages have been exacerbated by the emigration of skilled workers.

“Policies that support training and the upgrading of local skills, such as subsidies for training newly hired workers, can help firms to deal with increased employee turnover and minimise the adverse effects of emigration,” the report comments.

Emigration of workers is a concern for many countries where the EBRD invests. International migration rates in the EBRD regions have been rising since 1990 and have consistently been higher than the global average. The West Bank and Gaza have the highest emigration rate. The main destinations for migrants leaving EBRD economies are Russia, Germany, Ukraine, the USA and Kazakhstan.

Potential emigrants tend to be single, male and young and live in urban areas, the report notes. They also tend to be better educated than average and less satisfied with the quality of local amenities. Satisfaction with the local education system also appears to be a determining factor. 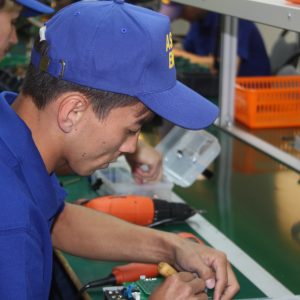 intentions to emigrate, comparable to the effect of raising wages by more than US$ 500 a month in a country such as Albania.”

However, it also notes positive aspects of emigration. While in the short term emigration reduces the productivity of firms in the country of origin, in the long term it has boosted the transfer of knowledge to the EBRD regions and supported innovation. Partly as a result of this, new EU member states are narrowing the gap with advanced economies in the quality and numbers of patents. The report also describes the experiences of refugees who fled the former Yugoslavia during the 1990s. After the war, many of the 500,000 people who had lived and worked in Germany returned home. Data suggest that this led to a significant increase in exports from those former Yugoslav economies. Strikingly, the highest rates of export growth were seen in the sectors where the former refugees had tended to work while in Germany.

The EBRD is a multilateral bank that promotes the development of the private sector and entrepreneurial initiative in 38 economies across three continents. The Bank is owned by 67 countries as well as the EU and the EIB. EBRD investments are aimed at making the economies in its regions competitive, inclusive, well-governed, green, and integrated.